Dokita operates in Congo by the early 1990s. Overcoming the first initial difficulties and the war (1998 to 2002) projects were launched to support the childhood, with a particular attention to minors abandoned (orphans or street).

In Kinshasa, in close collaboration with the local association OSPEOR, Dokita has supported 2 homes for children from situations of hardship socio-economic and a school system that accompanies the boys from elementary school to maturity.

In 1999 was started a program of long distance support for street children.

Finally in 2006 was built the Polyclinic Ngondo Maria (Makala),subsequently transformed into hospital, thanks to the enlargement project co-funded by Dokita Trenito South Tyrol and the Autonomous Province of Trento.

The NGO Dokita is active in Congo DRC since the early nineties. Despite the numerous initial difficulties and the war (went forward from 1998 to 2002) it was possible to start the first projects in order to give a concrete response to some of the problems afflicting the country.

After having attained independence in 1960, the Congo DRC was found to be the object of contention in the Cold War between the United States and the USSR: so began a long period of political instability and economic for the country. After years of war, today the Democratic Republic of Congo continues to live a situation of profound political and social instability.

If in the western part of the country do not occur more fighting and violence in the east there are still armed bands that perform raids and massacres against civilians. Nevertheless, most of the dead is due to malnutrition and the collapse of healthcare facilities.

The DR Congo is at the last place in the world (together with the Niger) as regards the Human Development Index (processed by the UNDP). Furthermore has a mortality rate among the highest in the world, and only 33% of the population can enroll in primary school. 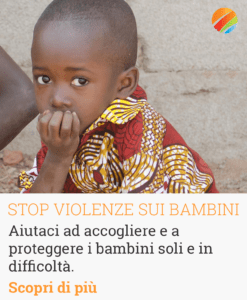